Salon is a story of the singular. One champagne of one variety from one vintage sourced from one region (Côte des Blancs) and one village (Le Mesnil-sur-Oger): there is only one Salon. Founded in 1911, Champagne Salon is also the creation of just one man, Eugène-Aimé Salon. A Champagne connoisseur enchanted and then seduced by the terroir of Le Mesnil, he created Champagne’s first Blanc de Blancs at the beginning of the 20th century: originally only for personal consumption! The first known vintage was 1905 and since then, just forty more have been released.

The grapes used in the Salon blend come from ten hectares and twenty plots and the concentratedly fruity style of the House derives from their super-concentrated yield of very old vines. Purchased by Laurent-Perrier in 1989, today they share a Cellar Master and vineyard with next-door neighbour and sister company, Champagne Delamotte. Salon is a true rarity, with a maximum annual production of 60,000 bottles that invariably disappear into the cellars of collectors. With only ten employees (six in the cellar and four in the office) and riddling performed by hand, attention to detail is the key to Salon’s prowess.

Champagne’s first, finest and rarest Blanc de Blancs, Salon is the legacy of one man who devoted his life to creating the perfect pure-Chardonnay champagne. Produced from grapes grown on the deep chalk soils of Le Mesnil, still one of Champagne’s only Grand Cru villages, the apparent simplicity of this formula belies the challenges inherent in creating a wine of Salon’s complexity. Made on average only three times per decade, Salon Le Mesnil Blanc de Blancs 2002 is only the thirty-seventh vintage of Salon in history.

Weather: The 1999 season was one of the warmest in the 20th century and wasn’t without complications along the way. A fine early spring was followed by a period of stormy weather and hails. In the early summer months of June and July there were some spells of rain, but impressive heat in the weeks leading up to the harvest produced wines with a high alcohol content and low acidity, resulting in a complex and lively vintage.

Tasting Note: Pale yellow, with a lively nose of citrus and grapefruits. The beady texture on the mid-palate combines with brioche, white fleshy fruits like pear and lemon to create a rounded flavour that develops right through until the finish. A stunning reflection of the 1999 vintage, Salon have managed to capture the opulence of this interesting harvest. 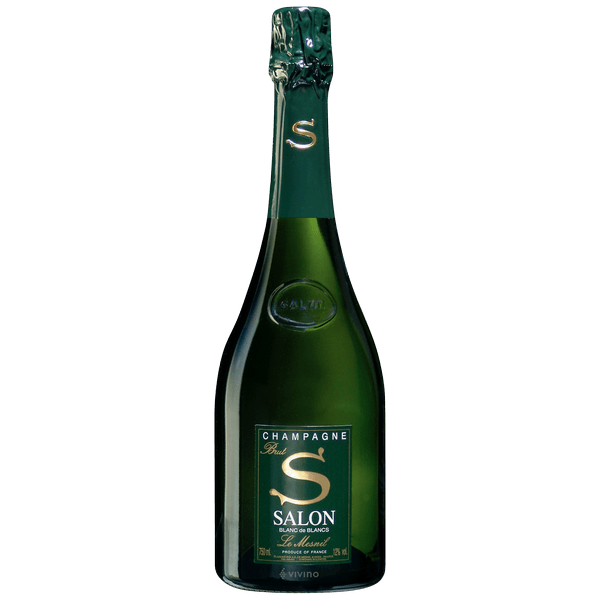 There are no reviews yet.

We're not around right now. But you can send us an email and we'll get back to you, asap.